The PCFC has been featured in the news on several occasions. The media has recognized our excellent services and has taken the time to interview and publish stories about our practice. 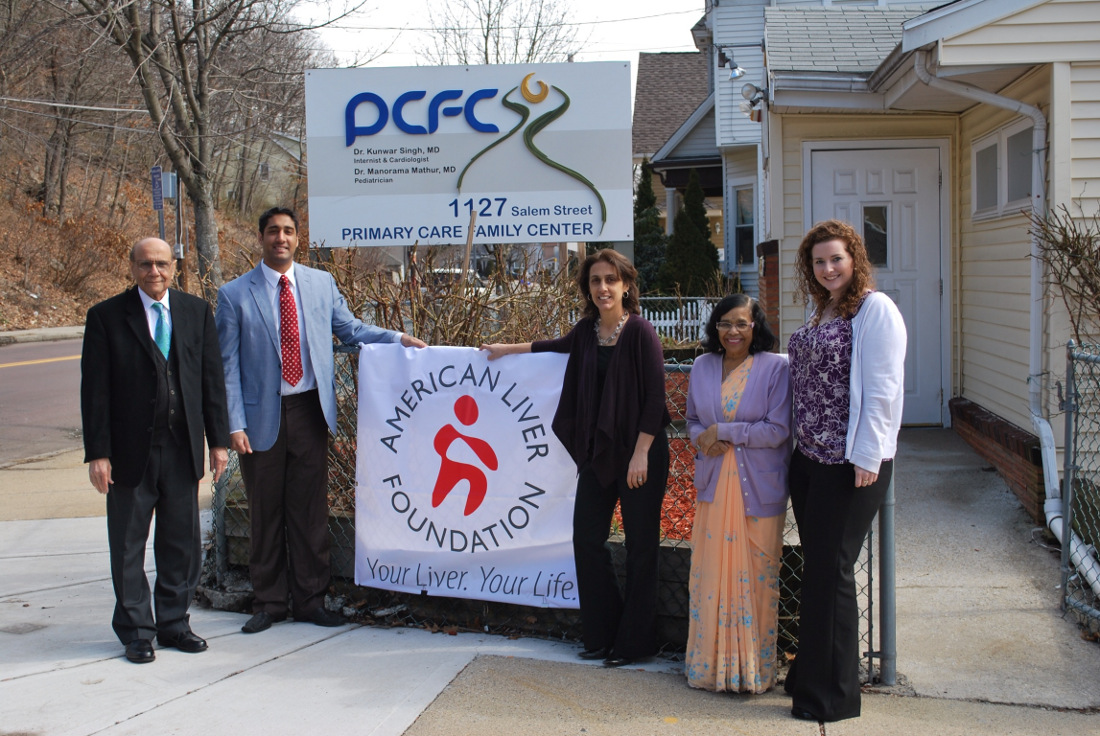 A beloved family member’s brush with death serves as a grim reminder of the short and fragile nature of life. It became a turning point for 26-year-old Newton native Sanjay Singh. It spurred him to participate in sponsored marathons and eventually become involved in raising money and doing charity work for the American Liver Foundation.

Singh is currently an office manager at the Primary Care Family Center (PCFC) on Salem St. in Malden, where he has worked for the past three years. He was a senior at Tufts University, studying for his bachelor’s degree in economics, when his aunt developed life-threatening, diabetes-related liver complications back in 2009.

“She was treated and recovered, because of several advances in liver disease research,” Singh said. He explained, “This is how I became so passionate about liver disease research: My aunt was lucky—the treatment was available to help her overcome her liver complications, and she had the financial means to pay for the medical treatment. But as I watched her struggle, I started to learn about others who suffer from liver complications who are not so lucky. Not only are the conditions of other liver disease patients not effectively treatable, but also many patients do not have the financial means to pay for such services, even if they are available.”

Singh decided to participate in Newton’s 2011 Chilly Half Marathon, which takes place every November. The race enables runners to give back by raising money for research and aiding patients combating liver diseases. The American Liver Foundation has an official team that participates in this marathon.

“I asked people to donate money to the American Liver Foundation to support my long distance running initiative,” Singh said. “I was able to raise and donate $500 to the American Liver Foundation.” Flushed with this success, Singh had planned to run a full marathon after this one but was sidelined due to a knee problem. He plans to run again in 2014.

The problem hasn’t stopped Singh from contributing to the cause. Earlier this year, he convinced his employers at the PCFC to donate 1% of their revenue for February 2013 to support this effort and raise money for the American Liver Foundation.

The PCFC, headed by Dr. Kunwar Singh and Dr. Manorama Mathur, has been in the Malden area for over 30 years. During that time it has been involved in several community service initiatives, including free health clinics, at which everything from flu shots to minor surgeries are provided to those in need. The donation amount was $1,000, each doctor contributing $500.

“He set up for the practice to give 1% of their revenue and raise additional funds, that’s how he got so involved,” said Helen Garity, director of the New England Fundraising Division at the American Liver Foundation.

Singh recalled, “After my aunt got sick my perspective on life changed,” “I started to realize that helping people was something that made me feel good… She [my aunt] is always there for me when I need her, no matter what. In short, if I lost her, I would be lost. Thank God I didn’t lose her. But, many people, who are to others what my aunt is to me, are lost to liver disease every day. This is what really made me want to help these people.”